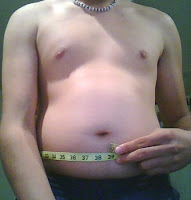 Every diabetic experiences some version of this story of the central dilemma of diabetic weight loss: Doctors tell diabetics that losing weight will improve or even cure their condition. Doctors then proceed to give diabetics a variety of medications that lower blood sugar numbers but add pounds or kilos at weight-check time. With diet and exercise and Herculean (or Sisyphan) effort, diabetics can lose weight, but it comes right back. Fortunately, there may be a herbal approach to ending the cycle.

There is a very fundamental reason that diabetics tend to gain weight the harder they try to keep their blood sugar levels under control. Whether you're type 1 or type 2, your body needs insulin to move glucose out of the bloodstream into cells that either burn or store it.

The problem is that the body doesn't use insulin just to move glucose. Insulin also regulates an enzyme called hormone-sensitive lipase, also known as HSL. Fat cells store fat in the form of triglycerides. These triglycerides are stable. They don't oxidize. They don't generate free radicals that can cause mutations in DNA. They are a "safe" form of fat. The downside of using fat cells as a kind of molecular fire extinguisher is that they hold on to triglycerides a little too well. Other tissues in the body can't receive fatty acids to burn as fuel (for instance, when you are taking a long walk) unless triglycerides, which are too large to squeeze through the pores on the surface of the fat cell, are broken down into diglycerides plus fatty acids.

When your blood sugar levels are low, the body usually doesn't have a lot of trouble releasing diglycerides from your fat cells for use as a back-up fuel, unless you happen to be diabetic. Especially if you are a type 2 diabetic, there are periods in which there are large amounts of insulin in your bloodstream. If you are type 2, that's because you have insulin resistance and cells can't respond to insulin. If you are type 1, you have higher levels of insulin in your bloodstream after you take injected insulin. Either way, hormone-sensitive lipase can't be activated when insulin levels are too high. Fat cells can't release diglycerides, so your liver has to release sugar -- or other changes in hormone levels motivate you to seek out a sugary snack that undoes the calorie burning of exercise. For many type 2's, in particular, but even for some type 1's, the harder you work at keeping your blood sugar levels down, the harder it is to keep your weight down. And even when you manage to do all the hard work of dieting and exercise to lose weight, it comes right back. What can you do?

The fourth option is what many doctors try to accomplish by prescribing GLP-1 inhibitors (glucagon-like peptide 1 receptor agonists), the class of drugs that includes Byetta and Bydureon (exenatide), Lyxumia (lixisenatide, used in the EU), Tanzeum (albiglutide), Trulicity (dulaglutide), and Victoza and Saxenda (liraglutide). All of these medications work by stimulating a receptor on insulin-making cells that causes them to release (1) insulin and (2) a hormone that tells the brain enough food has been consumed. Doctors are so enthusiastic about these drugs that they will even prescribe them to advanced-type 2 diabetics who no longer have measurable insulin production, in hope they will control appetite.

Occasionally, these medications produce ostensibly miraculous results. Unfortunately, in many diabetics appetite control is achieved by painful, even "explosive" diarrhea after meals. The pain caused by the medication can itself aggravate insulin resistance so that blood glucose levels go up, not down. Even worse, prolonged use of these drugs can trigger the formation of glucagon-producing tumors in the pancreas.

What's the significance of increased glucagon production to a diabetic? Diabetic educators almost never mention glucagon except as an antidote for hypoglycemia. What diabetics need to know is that glucagon is the body's natural antidote for low blood sugars. When a large meal hits your small intestine, the expansion of the intestinal wall triggers the release of hormones that signal the pancreas that sugar may be on the way, so they it needs to release insulin. However, the gut has no way of knowing whether the digested food is actually carbohydrate, so the pancreas also releases glucagon, which stimulates the liver to release sugar from glycogen. In diabetes, the pancreas loses the ability to release insulin, but retains the ability to release glucagon. GLP-1 agonists, ironically, can cause permanent elevation of blood sugar levels.

Neither gastric bypass surgery nor GLP-1 inhibitors are an ideal solution to the diabetic weight loss dilemma, but fortunately there may be another way bypass gastric bypass.